A few years after the closing of Jurassic Park, Malcom is recovering from his injuries and so are the rest of the surviving crew that went along. Hammond died and had left his company to go incognito or nonexistent. However, another company BioSyn believes that Hammond had another site where he was making dinosaurs that might be alive. Levine is a new guy who wants to see the other site as well. Levine had prepared to go to this other site that Hammond was building these dinosaurs. As soon as he and Malcom, with two kids, and Sarah Harding, a new friend of Malcom, land on the island to see the horrors that await on the other island Hammond had. The crew come across an injured velociraptor and heal the creature. After they release the velociraptor, they struggle to get off the island and make sure that the other company doesn’t get ahold of dinosaur DNA.

After reading the sequel, in which this was the sequel. It is nothing like the movies but a good novel, nonetheless. I thoroughly enjoyed this novel and will hopefully read more of Michael Crichton books. Crichton has a way of writing that no matter what the genre is, scares the living hell out of his audience.

Jurassic Park, a place where dinosaurs are brought back to life from being extinct for a reason. John Hammond, a man with this idea brings it to reality with his company InGen. He invites a group of individuals to this island to see the park. Ellie, Malcom, and Grant see the wonders of the park, but Malcom predicts disaster. As soon as things begin to be successful, there is a storm that makes the whole park shut down. Now the dinosaurs are free to roam around, including the carnivorous ones. Survival and strategy are keys for survival when facing extinct and deadly beasts. Everyone struggles to find safety and escape the island. Some do survive but barely alive. Others do not make it out alive.

I had seen the movies but never read the actual book until recently. I do enjoy this book and like it. Very thorough with information for the storyline and doesn’t leave things out. The author really was in-depth and was highly creative. This gives a insight of should we come across technology to bring back these deceased beings of what the outcome would be. Personally, I would never want these creatures to be brought back alive. Extinction happens and there is a logical reason behind it. 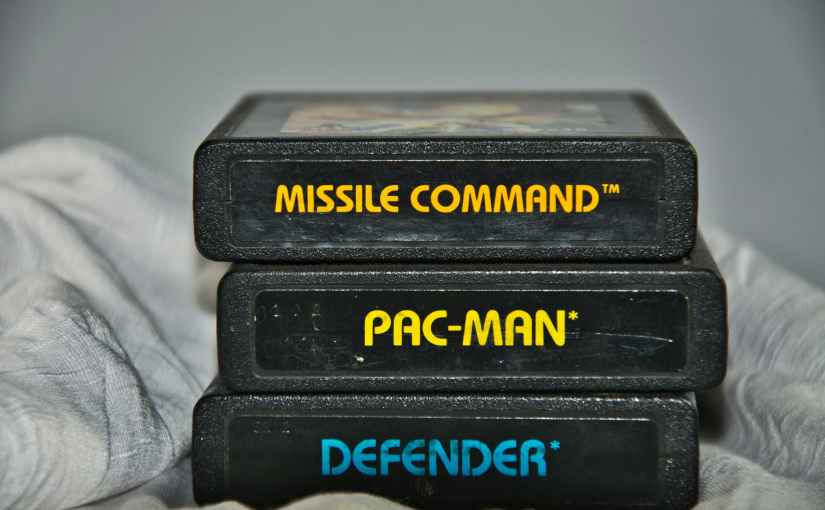 In “Ready Player One” by Ernest Cline, it is a tale of the future where all happens in a virtual world called OASIS. Wade Watts is a teenager on a mission to decipher these riddles that was proposed by the father of OASIS, James Halliday, who died and, in his wake, had left a competition to get ownership of the OASIS. Seems easy just decipher the riddles and collect the three keys. Wrong. They are hidden across the OASIS. In order to understand where Halliday hid the keys, Wade had studied James Halliday’s autobiography and history as well to possibly find the three keys. Wade isn’t the only one trying to find the keys. Everyone wants to own the OASIS. Even a money hungry corporation that threatens OASIS. With the help of his friends Aech, Shoto, Daito, and Art3mis, they successfully find all three keys.

I have to say this book is incredible and well written as well as well thought into. Very detailed and strong story line that keeps one on their toes. A real page turner at that. I continuously reread this book. Really loved how they explained in detail how society became after OASIS was integrated into daily life. Also with that thought, it gave an insight of how technology can become consuming. Even in the now, as I go out and about, I see people always on their phone. That is getting off topic but relates to the book’s theme.

I had went and seen the movie. I was gravely disappointed that they didn’t fully follow the story line of the book. However, movies tend to be that way especially if they were books at first. Damn you Steven Spielberg… We were rooting for you..